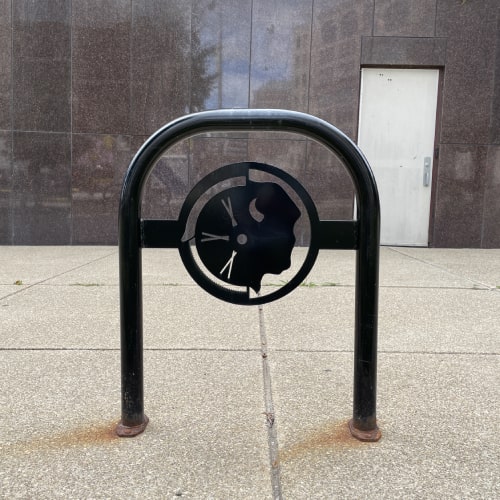 It is night. City insects chirp city songs. Street lights flash red over empty intersections. A man walks through the park, steps stumbling, direction wavering. Then there is another man there. No, this second man has been there all along. He’s always been here. Been here before I was cemented into the ground. Before the park was built. Before the library was built. Before Buffalo. They built Buffalo around this man, built a Buffalo in which men like this can remain invisible, watching & waiting. They keep building it. As the drunk man nears the still man, the still man reaches out. I can almost smell the whiskey. Can almost hear the milky gurgle of snot in the drunk man’s sinuses. Can almost feel the man’s wish for some unreachable wish, some wish so far out of reach it is not even a word for him, not even a thing, just an ache as loud as a waterfall, just a red ribbon fluttering in the beak of a sparrow. The then the still man’s hand is cupping the drunk man’s neck. Then the still man’s hands are wrapping around the drunk man’s throat. I pull at my moorings, but I am stuck in the ground. It is my truest nature to be stuck in the ground, immobile. And as the still man’s hands tighten around the drunk man’s throat, as the drunk man’s eyes lock on the still man, as the drunk man’s tongue pushes out through his teeth, as the drunk man’s eye bulge & the capillaries burst, as the drunk man’s mouth moves uselessly & then uncontrollable & then stops moving, I remain stuck in the ground. The still man releases the dead man & stands over him, unmoving. The sky lightens. City birds sing their city songs. Cars drive by. Buses pass. People walk by. Some glance over at the dead man & keep walking, keeping scrolling on their phones. A dog-walker sees the dead man. Rushes over. Calls 911. The still man stands over the dog-walker. The dog-walker can’t see him. He’s too still. Too much a part of the city that has been built around him. The ambulance comes. The cops. They interview the dog-walker. One cops leans on me as they type something into a tablet. I try to tell the cop what I saw. I try to point at the still man, who stands in the same spot, watching. And now that I’ve seen the still man once, I’ll never be able to not see him, will have to watch him perform this same ritual of control every night. I am now a citizen of his still & unseeable Buffalo. To be a citizen is to be complicit.