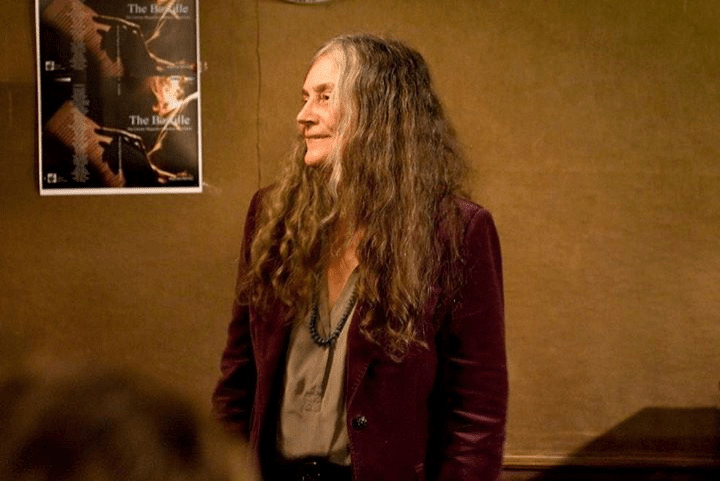 Alice Notley, a spring 2020 Lenna Visiting Professor at St. Bonaventure University, will read from her acclaimed poetry during her March residency at St. Bonaventure University and Jamestown Community College. Notley has become one of America’s greatest living poets. She has long written in narrative, epic and genre-bending modes to discover new ways to explore the nature of the self and the social and cultural importance of disobedience. The artist Rudy Burckhardt once wrote that Notley may be “our present-day Homer.”

Her newest book, “For the Ride,” will be published by Penguin in early March; copies will be available for sale at the readings.

*
Anselm Berrigan is the author of many books of poetry: Something for Everybody (Wave Books, 2018), Come In Alone (Wave Books, May 2016), Primitive State (Edge, 2015), Notes from Irrelevance (Wave Books, 2011), Free Cell (City Lights Books, 2009), Some Notes on My Programming (Edge, 2006), Zero Star Hotel (Edge, 2002), and Integrity and Dramatic Life (Edge, 1999). He is also the editor of What is Poetry? (Just Kidding, I Know You Know): Interviews from the Poetry Project Newsletter (1983–2009) and co-author of two collaborative books: Loading, with visual artist Jonathan Allen (Brooklyn Arts Press, 2013), and Skasers, with poet John Coletti (Flowers & Cream, 2012). He is the current poetry editor for The Brooklyn Rail, and co-editor with Alice Notley and Edmund Berrigan of The Collected Poems of Ted Berrigan (U. California, 2005) and the Selected Poems of Ted Berrigan (U. California, 2011). From 2003-2007 he was Artistic Director of The Poetry Project at St. Mark’s Church, where he also hosted the Wednesday Night Reading Series for four years. He is Co-Chair, Writing at the Milton Avery Graduate School of the Arts interdisciplinary MFA program, and also teaches part-time at Brooklyn College and Pratt Institute. In 2017 he received a grant for artists from the Foundation of Contemporary Arts. He was awarded a 2015 Process Space Residency by the Lower Manhattan Cultural Council, and in 2014 he was awarded a Robert Rauschenberg Residency by the Robert Rauschenberg Foundation. He lives in New York City, where he also grew up.