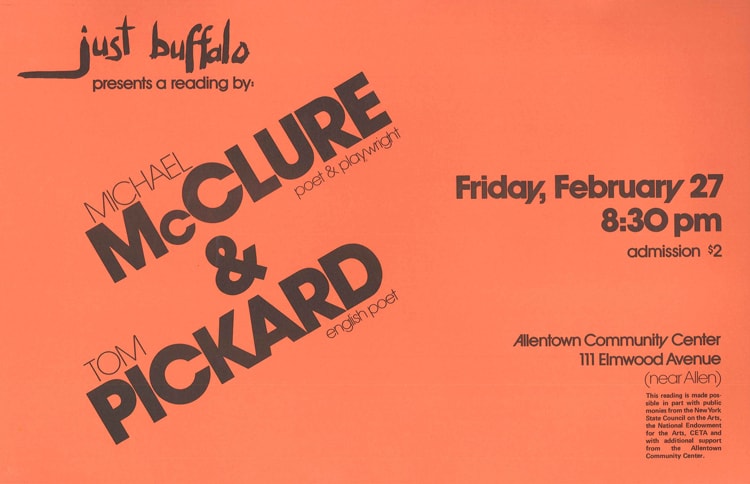 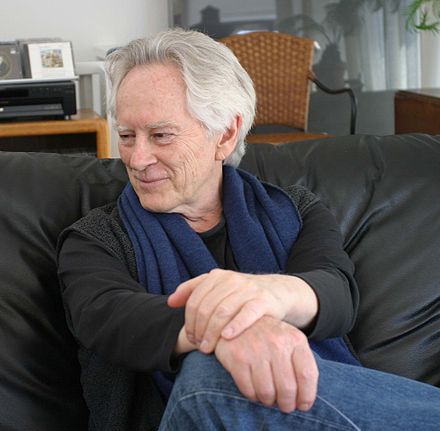 Michael McClure (born October 20, 1932) is an American poet, playwright, songwriter, and novelist. After moving to San Francisco as a young man, he found fame as one of the five poets (including Allen Ginsberg) who read at the famous San Francisco Six Gallery reading in 1955 rendered in barely fictionalized terms in Jack Kerouac’s The Dharma Bums. He soon became a key member of the Beat Generation and is immortalized as “Pat McLear” in Kerouac’s Big Sur.