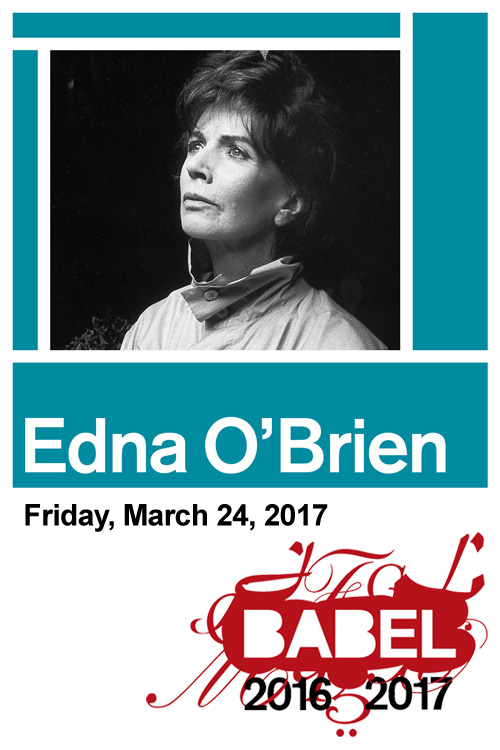 She was educated at the Convent of Mercy in Loughrea, County Galway, and at the Pharmaceutical College of Ireland. She married the writer Ernest Gébler (later separated) and moved to London in 1959. One son is the writer Carlo Gébler, and the other the architect, Sasha Gébler. She read manuscripts for the publishers Hutchinson in London and was commissioned by them to write her first novel, The Country Girls (1960), the first book in a trilogy of novels (with The Lonely Girl in 1962 and Girls In Their Married Bliss in 1964) about two young convent-educated Irish girls who rebel against their upbringing and run away to Dublin and London. Her frank treatment of sexuality in these and subsequent novels brought her into conflict with the Catholic Church, and these and several other novels were banned by the Irish Censorship Board.

Her other novels include A Pagan Place (1970), the story of a young girl growing up in rural Ireland, winner of the Yorkshire Post Book of the Year Award; Zee & Co, filmed as X, Y & Zee starring Elizabeth Taylor in 1972; Johnny I Hardly Knew You (1977), a story of love, murder and revenge; and, more recently, Time And Tide (1992), winner of a Writers’ Guild Award (Best Fiction), the story of a young wife who faces a personal crisis when she leaves her husband and is forced to fight for the custody of her two sons.

She is also the author of a trilogy of novels about modern Ireland: House Of Splendid Isolation (1994), in which she writes about Irish nationalism and sectarian violence; Down By The River (1996), based on the true story of a young Irish rape victim forced to travel to England for a legal abortion; and Wild Decembers (1999), recently filmed by RTĒ and about a farmer, Joseph Brennan, and his sister, Breege, living in an isolated rural community. In The Forest (2002), is based on the true story of a disturbed and abused young man who murdered a young mother, her infant son and a Catholic priest in the west of Ireland in the early 1990s.

She has received several literary awards, among them the Los Angeles Times Book Prize (Fiction) in 1990 for Lantern Slides, a collection of short stories set primarily in Ireland. Other collections of short stories include The Love Object (1968), Mrs. Reinhardt And Other Stories (1978) and A Scandalous Woman (1974). She also wrote Mother Ireland (1976), a travelogue with photographs by Fergus Bourke, and a biography of James Joyce, published in 1999.

She is also the author of several plays. Virginia (1981), based on the life and writings of Virginia Woolf, was performed at the Haymarket Theatre, London and Public Theater, New York; Flesh And Blood at the Almeida Theatre, London; and Triptych at the Magic Theatre, San Fransisco and Southwark Playhouse, London. Haunted premiered at The Royal Exchange Theatre, Manchester in 2009.

Edna O’Brien’s most recent books are the novel The Light Of Evening (2006) and Byron In Love (2009). She is a member of Aosdána, an Irish organisation founded to promote the arts, and adjunct professor of English Literature at University College, Dublin. She is also an honorary member of the American Academy of Letters.

A woman discovers that the foreigner she thinks will redeem her life is a notorious war criminal.

Vlad, a stranger from Eastern Europe masquerading as a healer, settles in a small Irish village where the locals fall under his spell. One woman, Fidelma McBride, becomes so enamored that she begs him for a child. All that world is shattered when Vlad is arrested, and his identity as a war criminal is revealed.

Fidelma, disgraced, flees to England and seeks work among the other migrants displaced by wars and persecution. But it is not until she confronts him-her nemesis-at the tribunal in The Hague, that her physical and emotional journey reaches its breathtaking climax.

The Little Red Chairs is a book about love, and the endless search for it. It is also a book about mankind’s fascination with evil, and how long, how crooked, is the road towards Home.