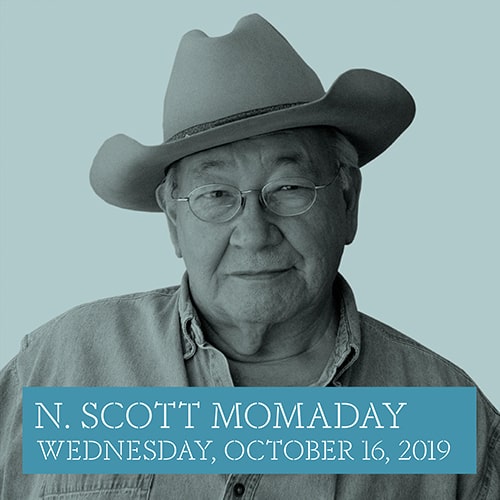 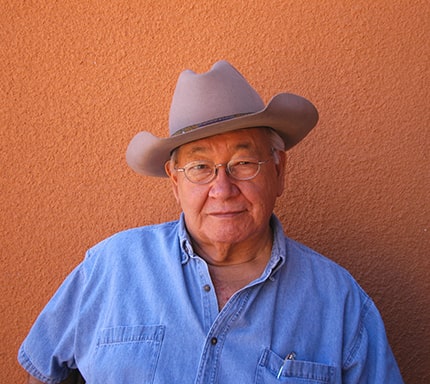 N. Scott Momaday was born in 1934 in Lawton, Oklahoma. A novelist, poet, playwright, teacher, painter, and storyteller, his accomplishments in literature, scholarship, and the arts have established him as an enduring American master. He is the recipient of numerous awards and honors including the Pulitzer Prize, the National Medal of Arts, and the Anisfield-Wolf Book Award for Lifetime Achievement.

His works include The Way to Rainy Mountain; The Names: A Memoir; The Ancient Child; Three Plays, which celebrates Kiowa history and culture; and Again the Far Morning: New and Selected Poems. He was featured in the Ken Burns documentary, The West, which showcased his masterful retelling of Kiowa history and mythology.

Momaday is the founder of The Buffalo Trust, dedicated to the preservation of Native American culture and heritage. The American Masters profile of Momaday’s enigmatic life and works, Words from A Bear, premiered at the Sundance Film Festival in January 2019 and will air to a national audience on PBS later this year. 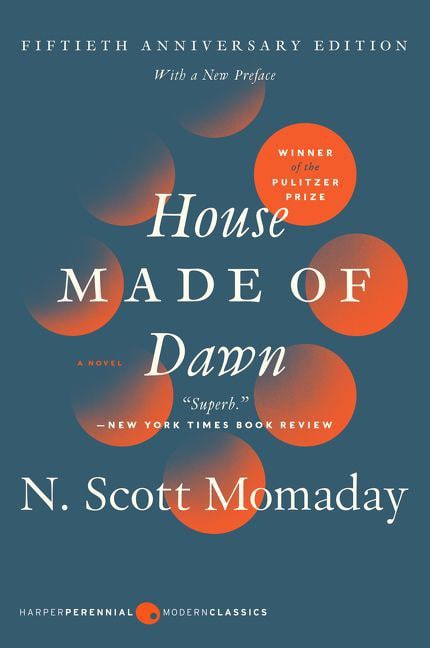 House Made of Dawn

The magnificent Pulitzer Prize-winning novel of a stranger in his native land.

A young Native American, Abel has come home from a foreign war to find himself caught between two worlds. The first is the world of his father’s, wedding him to the rhythm of the seasons, the harsh beauty of the land, and the ancient rites and traditions of his people. But the other world—modern, industrial America—pulls at Abel, demanding his loyalty, claiming his soul, goading him into a destructive, compulsive cycle of dissipation and disgust. And the young man, torn in two, descends into hell.

Download the Reader’s Guide for House Made of Dawn (provided by ReadingGroupGuides.com).

Single event tickets are good for one BABEL event at Kleinhans for the 2017-2018 season. Patron Tickets include preferred seating and access to a pre-event catered reception at Kleinhans, attended by the author of the evening. After each event, all ticket holders enjoy an interview-style Q&A moderated by Artistic Director Barbara Cole, and may have their books signed by the author.

Season Subscription tickets are good for all four of the BABEL events at Kleinhans for the 2019-2010 season. Patron Tickets include preferred seating and access to a pre-event catered reception at Kleinhans, attended by the author of the evening. After each event, all ticket holders enjoy an interview-style Q&A moderated by Artistic Director Barbara Cole, and may have their books signed by the author.