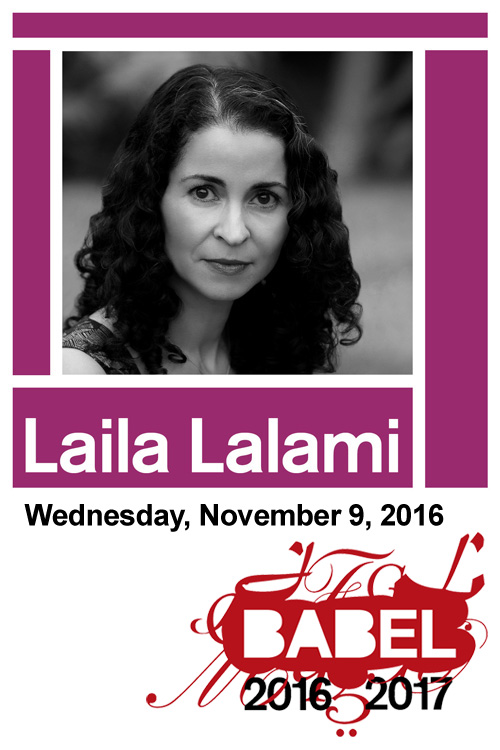 Photos from the Laila Lalami BABEL by Nancy Parisi 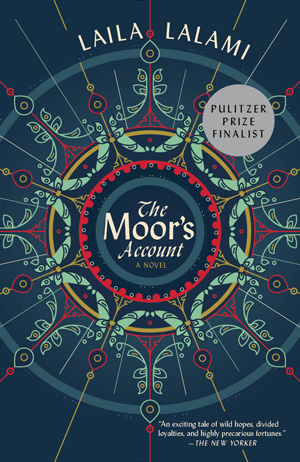 LAILA LALAMI is the author of the novels Hope And Other Dangerous Pursuits, which was a finalist for the Oregon Book Award; Secret Son, which was on the Orange Prize longlist, and The Moor’s Account, which won the American Book Award, the Arab American Book Award, and the Hurston/Wright Legacy Award. It was on the Man Booker Prize longlist and was also a finalist for the Pulitzer Prize for Fiction. Her essays and opinion pieces have appeared in the Los Angeles Times, the Washington Post, The Nation, the Guardian, the New York Times, and in many anthologies. She is the recipient of a British Council Fellowship, a Fulbright Fellowship, and a Guggenheim Fellowship and is currently a professor of creative writing at the University of California at Riverside.

In this stunning work of historical fiction, Laila Lalami brings us the imagined memoirs of the first black explorer of America, a Moroccan slave whose testimony was left out of the official record.

In 1527, the conquistador Pánfilo de Narváez sailed from the port of Sanlúcar de Barrameda with a crew of six hundred men and nearly a hundred horses. His goal was to claim what is now the Gulf Coast of the United States for the Spanish crown and, in the process, become as wealthy and famous as Hernán Cortés.

But from the moment the Narváez expedition landed in Florida, it faced peril—navigational errors, disease, starvation, as well as resistance from indigenous tribes. Within a year there were only four survivors: the expedition’s treasurer, Cabeza de Vaca; a Spanish nobleman named Alonso del Castillo; a young explorer named Andrés Dorantes; and Dorantes’s Moroccan slave, Mustafa al-Zamori, whom the other three Spaniards called Estebanico. These four survivors would go on to make a journey across America that would transform them from proud conquistadores to humble servants, from fearful outcasts to faith healers.

The Moor’s Account brilliantly captures Estebanico’s voice and vision, giving us an alternate narrative for this famed expedition. As this dramatic chronicle unfolds, we come to understand that, contrary to popular belief, black men played a significant part in New World exploration, and that Native American men and women were not merely silent witnesses to it. In Laila Lalami’s deft hands, Estebanico’s memoir illuminates the ways in which stories can transmigrate into history, even as storytelling can offer a chance at redemption and survival.

Get the official Reading Guide to The Moor’s Account at LailaLalami.com.