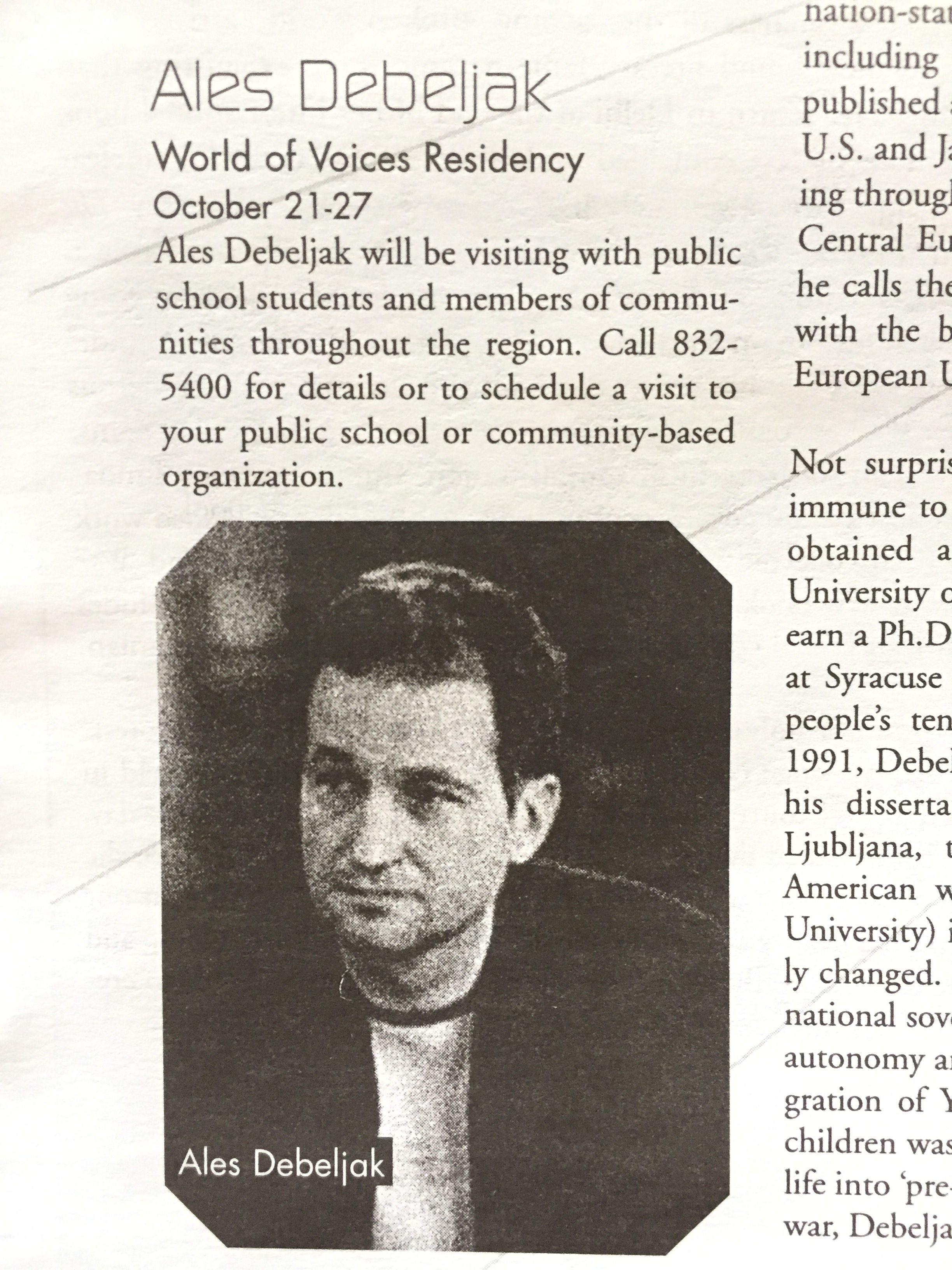 Ales Debeljak (1961-2016) built and melded together dual careers as poet and social theorist by absorbing and writing about the “shocks” the former Yugoslavia has suffered in the aftermath of its transition into individual nation-states. Virtually all of Debeljak’s work focused on examining and preserving through language what it means to be European, Central European, and Slovene in the face of what he called the “megalomaniac nationalism” associated with the breakup of Yugoslavia, the birth of the EU and the culture of globalization.