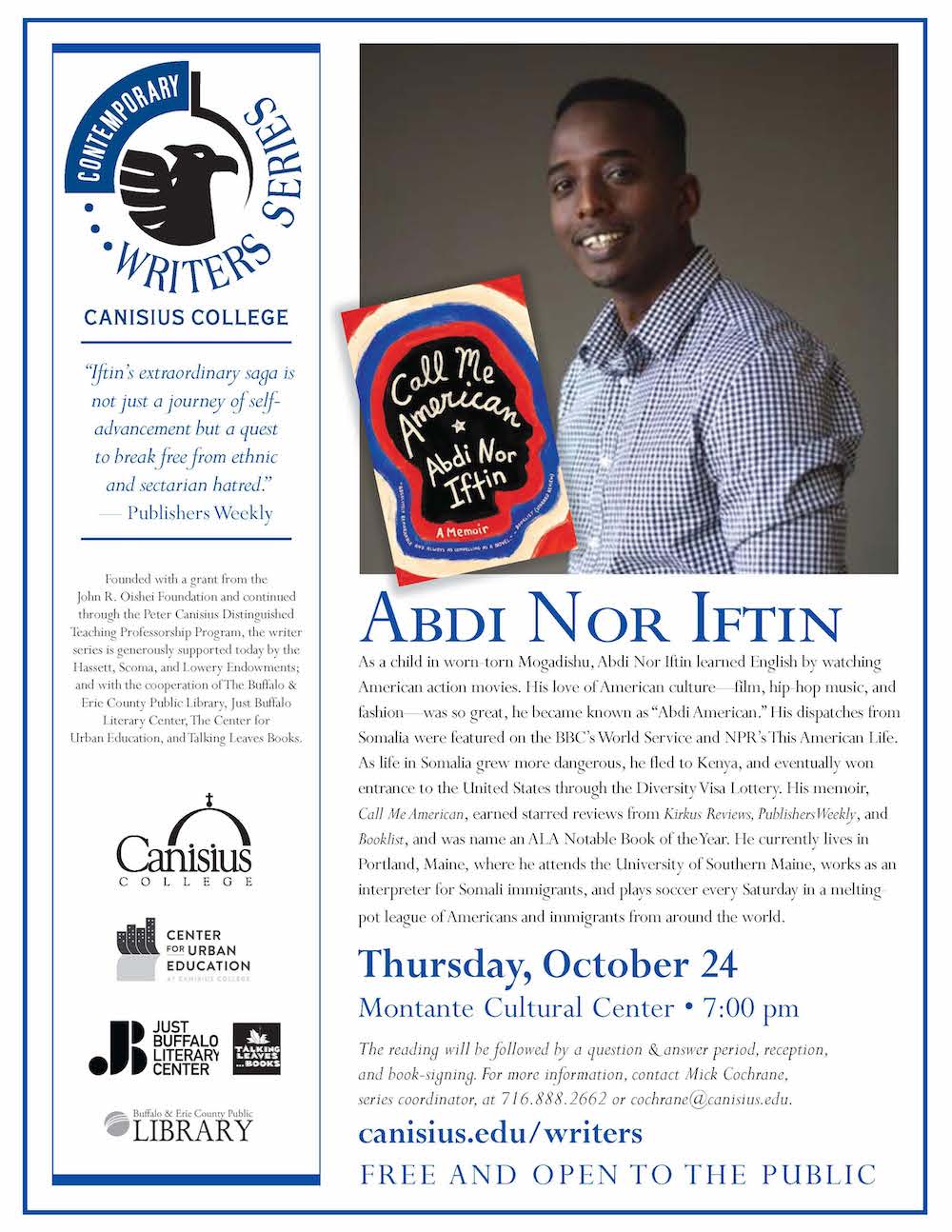 “Iftin’s extraordinary saga is not just a journey of self-advancement but a quest to break free from ethnic and sectarian hatred.”
—Publisher’s Weekly

As a child in war-torn Mogadishu, Abdi Nor Iftin learned English by watching American action movies. His love of American culture was so great he became known as “Abdi American.” His dispatches from Somalia were featured on the BBC’s World Service and NPR’s This American Life. As life in Somalia grew more dangerous, he fled to Kenya, and eventually won entrance to the United States through the Diversity Visa Lottery. His memoir, Call Me American, earned starred reviews from Kirkus Reviews, Publishers Weekly, and Booklist, and was named an ALA Notable Book of the Year.

The reading will be followed by a question and answer period, reception, and book-signing.