LUCILLE CLIFTON remains one of the most important African-American writers of the 20th century. Born in Depew, New York in 1936, Clifton grew up on Purdy Street on Buffalo’s East Side and graduated from Fosdick-Masten Park High School (now City Honors). After college, she returned to Buffalo where she married Fred Clifton (a professor at the University at Buffalo) and gave birth to their six children.

In her lifetime, Clifton published 14 books of poetry, a memoir (edited by Toni Morrison), as well as 18 books for children. Her numerous awards include three Pulitzer Prize nominations, an Emmy Award (for her work on Free to Be You and Me), NEA fellowships, a Coretta Scott King Award, the National Book Award, and the first African-American woman ever to receive the Ruth Lilly Poetry Prize for lifetime achievement.

Though Clifton spent the greater part of the first 30 years of her life in Buffalo, very few Western New Yorkers are aware that this historically significant figure has any ties to this region. Just Buffalo Literary Center has been in touch with the Clifton estate who are fully supportive of any efforts to honor Clifton’s life and legacy here in Buffalo. 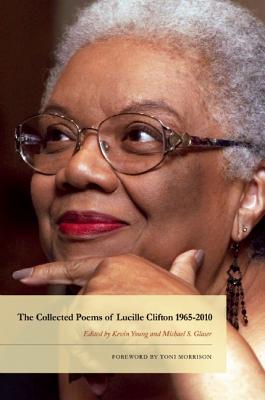 From the earliest poems collected here, we see the familial merged seamlessly with the political, the general woven with the homespun. All poetry readers will want to own this book; almost everything is in it.” Publisher’s Weekly