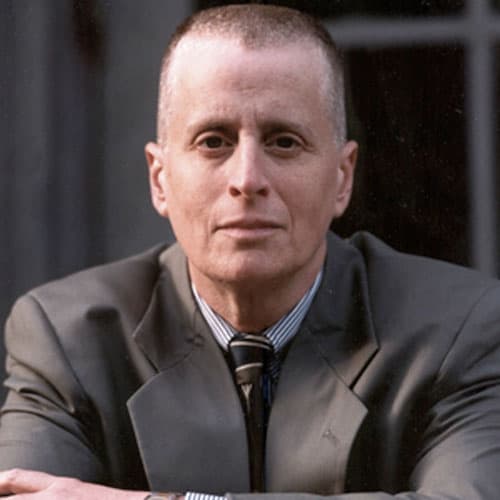 Feinberg preferred to use the pronouns she/zie and her/hir for hirself, but also said:

“I care which pronoun is used, but people have been respectful to me with the wrong pronoun and disrespectful with the right one. It matters whether someone is using the pronoun as a bigot, or if they are trying to demonstrate respect.”

Born September 1, 1949, in Kansas City, Missouri, and raised in Buffalo, New York in a working-class Jewish family, at age 14, Feinberg began supporting hirself by working in the display sign shop of a local department store, and eventually stopped going to high school classes, though officially zie/she received hir diploma. It was during this time that she/zie entered the social life of the Buffalo gay bars. Zie/she moved out of a biological family hostile to hir sexuality and gender expression, and to the end of hir life carried legal documents that made clear they were not hir family.

Discrimination against hir as a transgender person made it impossible for hir to get steady work. Zie/she earned hir living for most of hir life through a series of low-wage temp jobs, including working in a PVC pipe factory and a book bindery, cleaning out ship cargo holds and washing dishes, serving as an ASL interpreter, and doing medical data inputting.

Feinberg was one of the organizers of the 1988 mobilization in Atlanta that drove back the white supremacist Ku Klux Klan as they tried to march down Martin Luther King, Jr. Ave. on MLK Day. When anti-abortion groups descended on Buffalo in 1992 and again in 1998-1999 with the murder there of Dr. Barnett Slepian, Feinberg returned to work with Buffalo United for Choice and its Rainbow Peacekeepers, which organized community self-defense for local LGBTQ+ bars and clubs as well as the women’s clinic.

In 1992, Feinberg met her spouse, the activist and poet Minnie Bruce Pratt, when Leslie presented a slideshow on hir transgender research in Washington, DC. After a long-distance courtship, they made their home for many years in Jersey City, NJ, where, to protect their relationship, the couple domestic-partnered in 2004 and civil-unioned in 2006. They also married in civil ceremony in Massachusetts and in New York State in 2011.

Feinberg is primarily remembered for hir 1993 first novel, Stone Butch Blues, widely considered a groundbreaking work about the complexities of gender. Sold by the hundreds of thousands of copies and also passed from hand-to-hand inside prisons, the novel has been translated into Chinese, Dutch, German, Italian, Slovenian, Turkish, and Hebrew (with her earnings from that edition going to ASWAT Palestinian Gay Women).

From 2004-2008 Feinberg’s writing on the links between socialism and LGBT history, “Lavender & Red,” ran as a 120-part series in Workers World newspaper. Hir last book, Rainbow Solidarity in Defense of Cuba, was an edited selection of that series.

At the time of hir death, Leslie Feinberg was preparing the 20th anniversary edition of Stone Butch Blues. Zie/she worked up to within a few days of hir death to prepare the edition for free, open access online.

Zie/she died on November 15, 2014 at home in Syracuse, NY, with hir partner and spouse of 22 years, Minnie Bruce Pratt, at hir side. Hir last words were:

“Remember me as a revolutionary communist.” 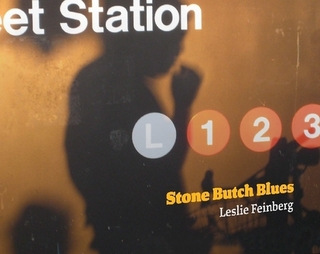 Stone Butch Blues, Leslie Feinberg’s 1993 first novel, is widely considered in and outside the U.S. to be a groundbreaking work about the complexities of gender. Feinberg was the first theorist to advance a Marxist concept of “transgender liberation.” Sold by the hundreds of thousands of copies and also passed from hand-to-hand inside prisons, Stone Butch Blues has been translated into Chinese, Dutch, German, Italian, Slovenian, Turkish, and Hebrew (with hir earnings from that edition going to ASWAT Palestinian Gay Women). The novel was winner of the 1994 American Library Association Stonewall Book Award and a 1994 Lambda Literary Award.

Feinberg commented on Stone Butch Blues in hir Author’s Note to the 2003 edition:

“Like my own life, this novel defies easy classification. If you found Stone Butch Blues in a bookstore or library, what category was it in? Lesbian fiction? Gender studies? Like the germinal novel The Well of Loneliness by Radclyffe/John Hall, this book is a lesbian novel and a transgender novel—making ‘trans’ genre a verb, as well as an adjective…

“People who have lived very different lives have generously related to me the similarities they recognized in these pages with their own struggles—the taste of bile; the inferno of rage—transsexual men and women, heterosexual cross-dressers and bearded females, intersexual and androgynous people, bi-gender and tri-gender individuals, and many other exquisitely defined and expressed identities.”