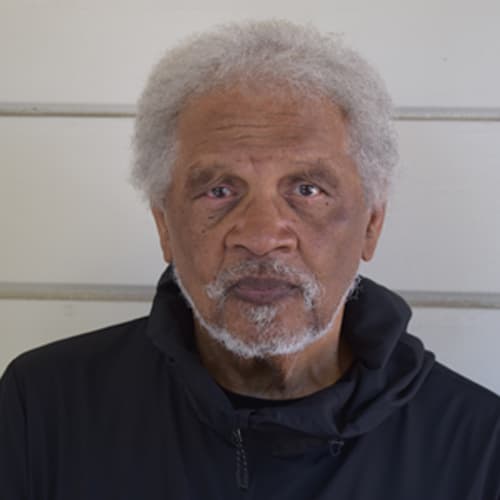 ISHMAEL REED is a poet, novelist, essayist, songwriter, playwright, editor and publisher, who is known for his satirical works challenging American political culture, and highlighting political and cultural oppression.

The author of more than 20 books, Reed’s groundbreaking book, Mumbo Jumbo (1972), was one of the first critically acclaimed works to define the African American canon. Reed’s newest poetry collection is Barack Obama and the Jim Crow Media: The Return of the Nigger Breakers (2010).

Born on February 22, 1938 in Chattanooga, Tennessee, Ishmael Reed moved to Buffalo at the age of four with his mother, Thelma Reed, and stepfather. Attempting to escape the segregation of the South, they hoped that Buffalo would offer new possibilities.

Upon arriving, they first lived on Potter Street, in a rooming house with Ishmael’s cousins while the Willert Park housing projects were being built. A year later, they moved in and young Ishmael was enrolled in school 75. An inquisitive child, his early school experiences were not exactly positive—most teachers labeled him a troublemaker, objecting to everything from his questions to the intensity of his stare, and from first through seventh grade, he would only have the one African American teacher: Hortense Nash.

In 7th grade, his stepfather got a job at the East Delavan Chevrolet plant and the family moved. Reed’s artistic interests were already taking shape. At 13, he played violin and trombone and even wrote a regular newspaper column on jazz for the Empire Star Weekly—the African American newspaper at that time.

A recipient of MacArthur, Guggenheim, and NEA fellowships, Reed taught for 35 years at the University of California—Berkeley and also created the Before Columbus Foundation which promotes multicultural writing in America and presents the American Book Awards.

In 2013, Just Buffalo Literary Center recongized Reed’s lifetime achievements as a writer by honoring him with the Literary Legacy Award.

The classic freewheeling look at race relations through the ages.

Mumbo Jumbo is Ishmael Reed’s brilliantly satiric deconstruction of Western civilization, a racy and uproarious commentary on our society. In it, Reed, one of our preeminent African-American authors, mixes portraits of historical figures and fictional characters with sound bites on subjects ranging from ragtime to Greek philosophy. Cited by literary critic Harold Bloom as one of the five hundred most significant books in the Western canon, Mumbo Jumbo is a trenchant and often biting look at black-white relations throughout history, from a keen observer of our culture.