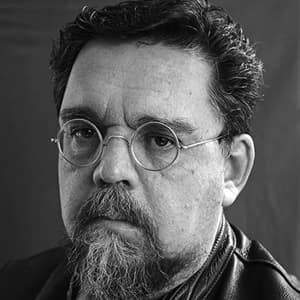 ERIC GANSWORTH (Eel Clan, Onondaga) was born and raised at the Tuscarora Nation. A writer and visual artist, Gansworth includes paintings in each of his books and often includes text with his visual art work. He is Lowery Writer-in-Residence at Canisius College in Buffalo, NY, and he has been an NEH Distinguished Visiting Professor at Colgate University.

His tenth book, If I Ever Get Out of Here, a Young Adult novel, was published in 2013, and he recorded the audiobook in 2014. It received an American Indian Youth Literary Honor Award, was on the Horn Book Summer Reading List, and was a feature book selected by the First Nations Development Institute. His books include the novels, Extra Indians (American Book Award, NAIBA Trade Book of the Year), and Mending Skins (PEN Oakland Award) and the poetry collection, A Half-Life of Cardio-pulmonary Function (National Book Critics Circle “Good Reads” List). His play, Re-Creation Story was selected for the Public Theater’s Native Theater Festival, in NYC, and he has had other theater/performance commissions at Ohio Northern University, and SUNY Oneonta.

In addition to numerous group shows, he has had solo visual art exhibits at Colgate University, Niagara University, Bright Hill Center, SUNY Oneonta, among other art spaces. His work has appeared in Kenyon Review, Boston Review, Provincetown Arts, Shenandoah, among other periodicals and has been widely anthologized.  His next YA novel is Give Me Some Truth. 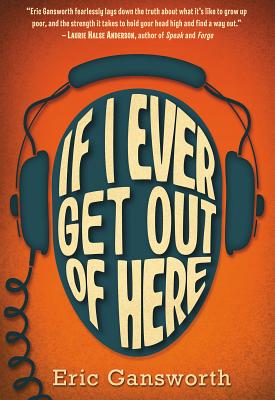 If I Ever Get Out of Here

Lewis “Shoe” Blake is used to the joys and difficulties of life on the Tuscarora Indian reservation in 1975: the joking, the Fireball games, the snow blowing through his roof. What he’s not used to is white people being nice to him — people like George Haddonfield, whose family recently moved to town with the Air Force. As the boys connect through their mutual passion for music, especially the Beatles, Lewis has to lie more and more to hide the reality of his family’s poverty from George. He also has to deal with the vicious Evan Reininger, who makes Lewis the special target of his wrath. But when everyone else is on Evan’s side, how can he be defeated? And if George finds out the truth about Lewis’s home — will he still be his friend?