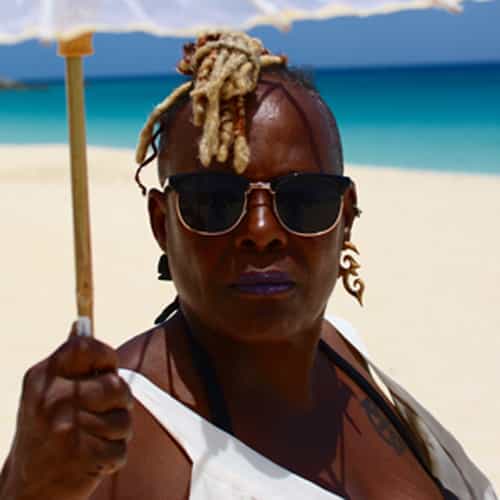 ALEXIS DE VEAUX was born and raised in Harlem, the product of two merging streams of black history in New York City –immigrants from the Caribbean on her mother’s side and migrants from North Carolina on her father’s side –who settled in Harlem in the early decades of the Twentieth Century. The second of eight children, that history was embedded in her mother’s view of life: “You got three strikes against you. You poor, you black, and you female.” But Alexis was drawn to the world of words and books, and literature soon became the means by which she re-imagined the world her mother understood.

The social movements of the 1960s, and the black writers associated with them, had a determining impact. Alexis began to envision the possibilities of living as a writer. In the early 1970s she joined the writer’s workshop of the Frederick Douglass Creative Arts Center in Harlem. The workshop was run by the late writer Fred Hudson. Under his guidance she won first place in a national black fiction writers’ contest (1972); published her first children’s book,Na-ni (1973); and the fictionalized memoir, Spirits in the Street (1973). By the end of the 1970s, Alexis’s reputation as a writer bridged multiple genres: fiction, children’s literature, playwriting and poetry.

In the ensuing decades, the tensions between the Black Arts Movement, an emerging black feminist movement, and, later, the Third World Gay and Lesbian Liberation Movement, were the backdrop for Alexis’s writing. Her work began to be defined by two critical concerns: making the racial and sexual experiences of black female characters central to her work, and disrupting boundaries between forms. In 1980 she published Don’t Explain, an award-winning biography of jazz great Billie Holiday, written as a prose poem. Her short stories were also exercises in disrupting the lines between poetry and prose. As a freelance writer and contributing editor for Essence Magazine in the 1980s, Alexis penned a number of socially relevant articles, traveling on behalf of the magazine to Zimbabwe, Kenya and Egypt. She was chosen by the magazine to go to South Africa in 1990 to interview Nelson Mandela upon his historic release from prison, making her the first North American writer to do so. As an artist and lecturer she has traveled extensively in the United States, Canada, the Caribbean, Latin America, Japan and Europe. Alexis published a second award-winning children’s book, An Enchanted Hair Tale (1987) before moving to Buffalo, where she finished graduate school, earning a doctorate in American Studies in 1992. A project nearly ten years in the making, her biography of Audre Lorde, Warrior Poet (2004) has been the recipient of several awards, including the Gustavus Meyers Outstanding Book Award (2004), the Lambda Literary Award for Biography (2004), the Hurston/Wright Foundation Legacy Award, Nonfiction (2005). Her work is available in English, Spanish, Dutch, Japanese and Serbo-Croatian. 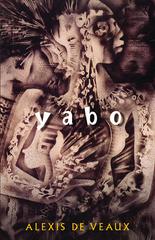 See Yabo … like a Mingus composition: Pentecostal, blues-inflected, full of wit and that deep literacy of the black diaspora. The present, the past, the uncertain future collapse upon themselves in this narrative of place/s. …Yabo calls our ghosts back and holds us accountable for memory.

— Cheryl Clarke, author, Living as a Lesbian and The Days of Good Looks