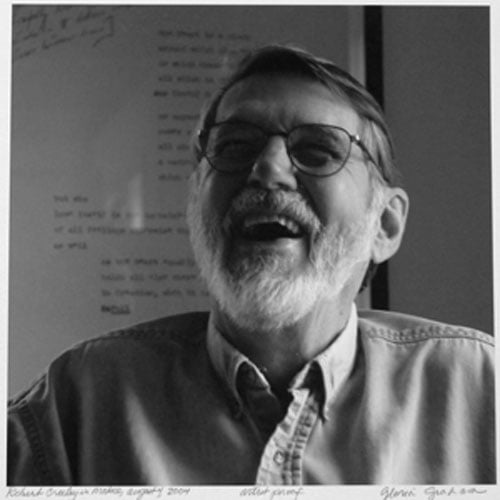 ROBERT CREELEY is widely recognized as one of the most important and influential American poets of the twentieth century. Most often associated with the Black Mountain School, Creeley offered a bridge between the modernist poets of the early 20th century and the many generations who came after him.

Creeley joined the faculty at the University at Buffalo at the invitation of Charles Olson in the 1970s when SUNY-Buffalo’s English department had already defined itself as a bastion for writers and artists. Creeley increased the UB English department’s visibility in founding the Poetics Program with Charles Bernstein, Susan Howe, Raymond Federman, and Dennis Tedlock.

His contributions to the wider WNY community are incalculable. Though never officially named Buffalo’s Poet Laureate, Creeley was a defining voice in the Buffalo writing community for nearly forty years.

In fact, one could easily say that Just Buffalo Literary Center would not exist were it not for Robert Creeley’s poetry.

When Just Buffalo Literary Center’s founder, Debora Ott, first heard this poem as a teenager in New York City, it inspired her to come to the University at Buffalo to study with its author, Robert Creeley. UB’s English Department was legendary, attracting incredible poets and writers to both its faculty and its student body. Just Buffalo created a new niche, inviting writers out of academia and into the heart of the community.

Born in Arlington, Massachusetts, in 1926, Creeley published over ninety collections of poems in his lifetime in addition to dozens more edited collections, works of nonfiction & prose. 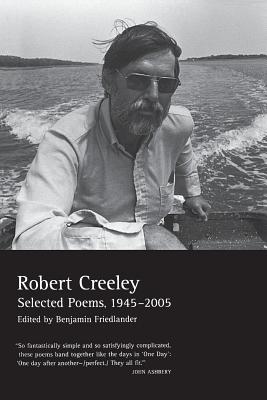 “Selected Poems” offers for the first time a balanced survey of Robert Creeley’s entire sixty years of poetic accomplishment. It showcases the works that made him one of the most beloved and significant writers of the past century while inviting a new recognition of his enduring commitments, fluency, and power.